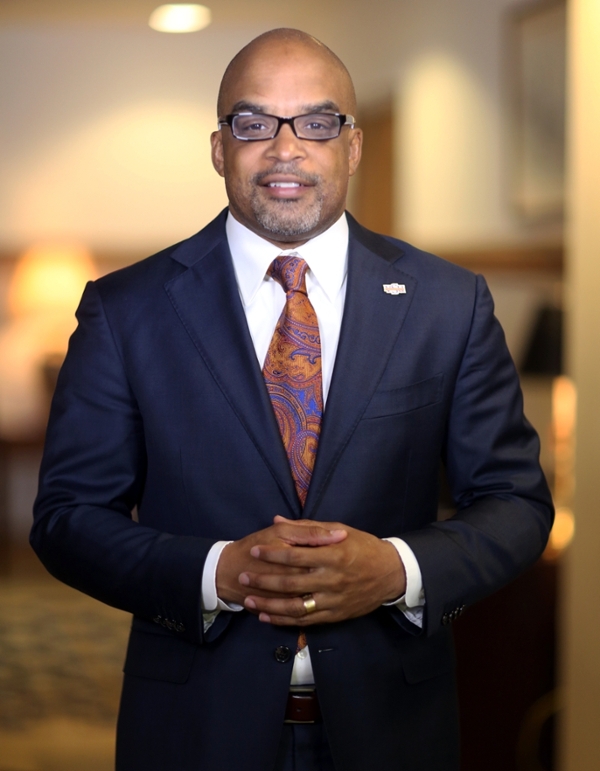 Board of Visitors Rector Huron F. Winstead expressed that the Board appreciates how Abdullah and his administration are moving the University forward. “During the Board’s performance review of President Abdullah, we expressed our satisfaction with his leadership over the past three years,” said Rector Winstead.  “With President Abdullah’s vision and passion, we are confident he will continuously elevate the University with stability and academic excellence.”

Abdullah arrived at VSU in February 2016. Among some of the University’s accomplishments under Abdullah’s leadership include the following:

“I want to thank the Virginia State University Board of Visitors for their continued support,” Abdullah said. “I work with a team of dedicated administrators, faculty and staff who are committed in upholding a high standard of excellence by ensuring the University provides a transformative educational experience for our scholars. With the launching of the 2020-2025 bold and forward-thinking strategic plan, Preeminence with Purpose, we are poised to cultivate numerous opportunities of excellence for our students.”

Dr. Abdullah, who was appointed as president on February 1, 2016, is a very active member with various organizations. In August of 2018, Dr. Abdullah was elected a member of the Board of Trustees for the Virginia Historical Society, which owns and operates the Virginia Museum of History & Culture. He also serves as a member of the executive committee for the Association of Public and Land-grant Universities, as a Board of Trustee member for the Southern Association of Colleges and Schools Commission on Colleges and the 5000 Role Models of Excellence. He is the chair for the Central Intercollegiate Athletic Association Board of Directors. In 2017, he was inducted into the Honda Campus All-Star Challenge Alumni Hall of Fame, and he was named the historically black college and university (HBCU) Male President of the Year by HBCU Digest, an online blog site which reports on the news of HBCUs.